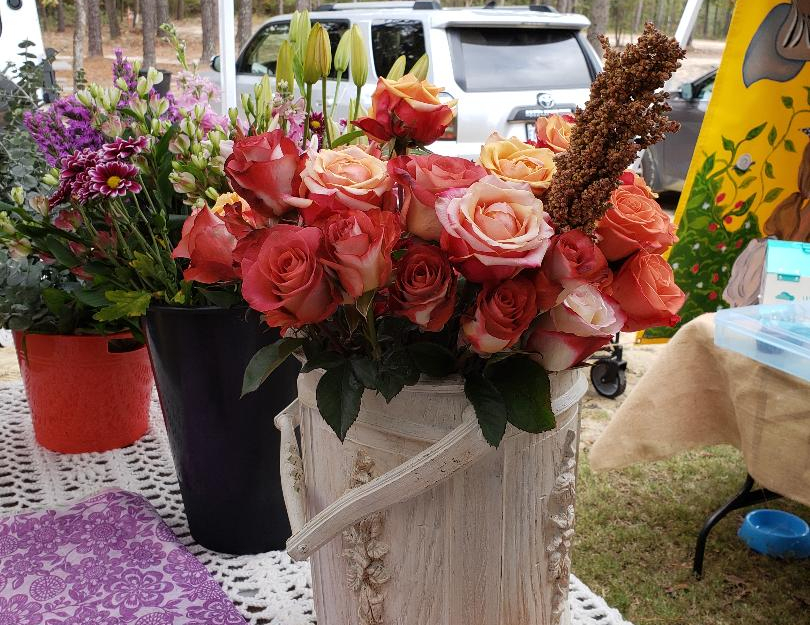 Local farmers markets are popping up everywhere these days like dandelions in a spring lawn. According to the United States Department of Agriculture, the total number of markets in the U.S. quadrupled from approximately 2,000 in 1994 to more than 8,600 today. With produce picked and sold at peak freshness, and other products found nowhere else, the appeal is clear. But I wondered how a new market gets started. On a balmy, late-October weekend in North Carolina, I traveled to Hope Mills to check out the intriguingly named Dirtbag Ales Farmers Market. 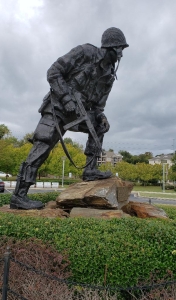 Hope Mills lies just outside Fayetteville in Cumberland County, home of Fort Bragg, the country’s largest military base. In the early 80s, Fayetteville had a tarnished reputation as a downtrodden city with seedy bars. In recent years, however, the small city has experienced a remarkable comeback. Located near the downtown district, the new Airborne & Special Operations Museum draws visitors to the area. Through multimedia exhibits and actual military equipment, the museum tells the story of this specialized U.S. Army function and its drop-in methodology into every major conflict since troops landed on Normandy beach in World War II.

As the role of Fort Bragg grew with a more inclusive gender and ethnic composition, military families began setting down roots in the Fayetteville area after their enlistment. Having grown up in rural America before entering the military, many retired servicemen and women continue farming. Meeting that need, North Carolina State University has a robust agriculture program.

But a former army medic stumbled upon his post-military career quite differently.

A decade ago, Verando Simmons-Valenzuela who is known simply as “Tito,” received a home brewing kit from a friend. There was one condition attached, however. If the brewing enterprise became successful, Tito would provide his friend free beer for

life. That first batch was successful, the friendship lasted and Tito embraced the playful mocking of being called a dirtbag by naming the company “Dirtbag Ales.”

When you sell beer, you need a place to serve it, of course. Tito built a bar from a black walnut log that he pulled from the river after one of the hurricanes that pummeled the area. Indeed, all the wood in the open-air pavilion and restrooms was sourced locally. 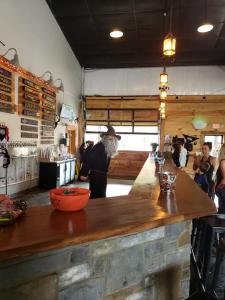 Relaxing to the bluesy tones of a raspy-voiced singer and guitar player, I sat under the shade of an umbrella on the extended terrace and sampled some of the more interesting concoctions such as blood orange beer and coffee-infused beer.

Tito explained that brewing is a mix of science and art. One of his earliest experiments used two hundred pounds of strawberries in a Hefeweizen, a German-style fruit beer. Today, every genre of beer is available and Dirtbag Ales are distributed in a five-county area that encompasses Raleigh, the North Carolina state capital.

Using locally sourced products in his brews and owning the land, Tito decided that the next logical step was to open the area to farmers to sell their products directly to the public. He brokered an agreement with Sustainable Sandhills, a nonprofit education, outreach and advisory organization representing the nine-county surrounding area. They would run the market and manage vendors who sold items grown and produced locally. I wandered among the tables selling everything from turnips to CBD oil.

A FARMERS MARKET SERVING UP BRUNCH

What is a farmers market without a place to taste some of the delicious, in-season foods, however? Dreaming big, Tito’s goal was to have an onsite restaurant rather than food trucks. Drawing from another military friendship, he connected with Brian Graybill, who demonstrated more vision and enthusiasm than the potential proprietor he had originally considered.

Taking a break from the hectic Sunday kitchen duties, Brian recounted that first assignment of creating a menu from whatever was available locally. He had approached a farmer with what he considered to be a simple request.

“I need a hundred pounds of ground beef,” he had asked.

“No problem,” the farmer responded.

Undeterred by beginner’s naivete, he proceeded each week assembling creative dishes using ingredients sourced from the farmers market. As late as Sunday morning, he may not know what’s on the brunch menu that day. Anyone else might see this approach as stressful, but the former air traffic controller and artistic musician takes on the challenge with panache.

When the accidental chef brought an assortment of items to my table, I anticipated taking

a few bites of each to be thorough in my research. But I had no problem devouring the omelette made from farm-fresh eggs, herb cream cheese and micro-green basil. Nor did I hesitate to polish off the sweet potato hash with red and green peppers and micro-greens topped with a crab cake. And the cheesy scrambled egg nachos? Not a single tortilla chip was left behind.

Soon, adorably costumed children and the dogs of Fayetteville were streaming into the family-friendly market for their Halloween afternoon trick-or-treating. I left knowing not only how a farmers market gets started, but ultimately what makes it successful.

Other places to eat around Fayetteville: